In Israel, the Haifa regulatory officials needed to know whether the local gas stations’ vapor recovery units were performing correctly. If so, they would be recovering much of the vapor that would otherwise be exhausted while refueling. If not, petrol stations faced losses from both lost product, and regulatory fines for pollution.

After two weeks of using the EyeCGas, our investment was recovered. The EyeCGas OGI camera made it easier to locate leak sources at petrol station, and assisted in meeting regulatory emissions compliance requirements.

Fossil fuel emissions are on the rise, and environmental regulators have been tasked with enforcing laws meant to limit those emissions. One result of this growing global issue is the creation of laws requiring the use of vapor recovery units on petrol pumps at filling stations the world over. These units are supposed to recover expensive product that leaks out into the air during each pumping session, and stop the flow of noxious and potentially explosive fumes and pollution to the environment. When functioning properly, some models of these recovery units have been found to reduce the amount of fugitive hydrocarbons leaked during refueling by up to 85%.

In this case, Dr. Ofer Dressler of the Haifa Bay Municipal Association for Environmental Protection had to determine whether the vapor recovery units installed in some of the local gas stations were performing correctly; recovering the majority of the vapor exhausted from pumps while refueling.

Benzene, which is a component of auto fuel, is known as a potential contributor to the development of cancers in humans, and is of particular concern. The Haifa Bay Municipal Association for Environmental Protection has therefore given top priority to detecting and reducing emission sources of the harmful gas, and was looking for a solution that was both fast, and cost effective.

Opgal’s EyeCGas OGI camera seemed a potential solution for this survey, as it was already used by urban regulatory officials to monitor more than 100 other petrol stations located within the city of Haifa, and is slated to be used for petrochemical plant emissions monitoring in the Haifa Bay area in coming years. One EyeCGas OGI camera was purchased for the purposes of this study.

Tests were performed by Dr. Dressler’s team with the EyeCGas OGI camera at several locations where the vapor recovery pumps were installed. Once the camera was turned on, it clearly showed that in some cases, large amounts of gas were still emitted to the environment. These results were observed in multiple fuelling stations where the vapor recovery pumps were implemented, indicating malfunctions in various aspects of fuel delivery.

More tests were done using other instruments (sniffers) in addition to the OGI camera, to verify the results of the EyeCGas. The sniffer tests corroborated the findings of the EyeCGas; that large amounts of gasoline are still escaping into the atmosphere.

The conclusion was that in some cases, petrol stations are not sufficiently functioning as regulations require, but now it was much easier to point to the exact points of failure during the fuelling process and beyond it.

Dr. Dressler said that after two weeks of using the EyeCGas OGI camera the Haifa Bay Municipal Association for Environmental Protection’s investment was recovered, considering the findings of his team. Based on this information, the case of the city of Haifa shows that Opgal’s camera is an excellent tool for regulators to easily determine if emissions producers are complying properly with state and federal regulations, and if further measures are needed.

Petrol stations in the Haifa Bay contribute about 15% of the Benzene emissions in the area, as well as other toxins. It is critical that we continuously monitor them. 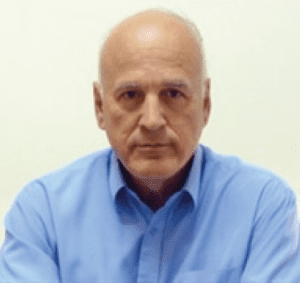